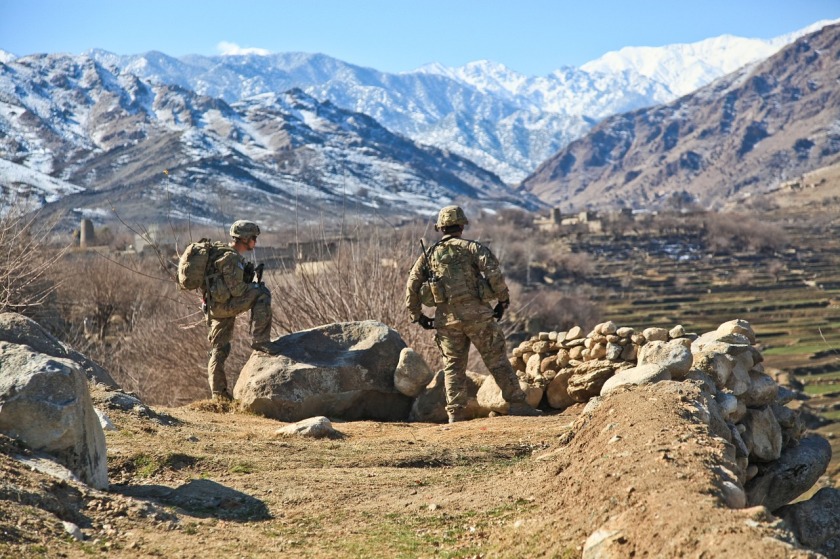 Almost 20 years later, one of those objectives has been met but not the other.  The Taliban are still in control of much of Afghanistan, and have a strong military capability. The United States is looking for an exit from the war, but does not want to repeat the mistakes of the Obama administration’s withdrawal from Iraq.

Former President Obama’s decision to withdraw all U.S. forces from Iraq had catastrophic consequences. ISIS seized power of much of Iraq. According to a leading think tank, Iran’s influence in Iraq and much of surrounding the region grew substantially. Iraq became a hotbed of terrorist activity, instability, brutality, chaos, and a spawning ground for future threats.  The Trump administration does not want to repeat this sort of event by completely pulling the U.S. and its allies out of Afghanistan.

With a recent history in mind, the U.S. is attempting to minimize its involvement in Afghanistan while maintaining enough of a military presence to train and advise the Afghans, as well as provide enough military muscle to deter Taliban encroachment.  Foreign policy experts such as the FDD agree that as a model for using a small military footprint to achieve success, the U.S. fight against ISIS serves as a valuable one.

With the help of local allies, the U.S. was able to successfully fight back ISIS in and around Syria with less than 1,000 of its own troops on the ground.  Leading foreign policy analysts describe this strategy as an emphasis on the use of air power, intelligence, logistical support, as well as U.S. training and leadership.  The Trump administration is likely hoping a similar model could be effective in Afghanistan.

Despite the almost 20 years of conflict and a difficult-to-measure amount of success, there are metrics available that indicate some overall progress toward stability and improvement.  For example, the literacy rate among Afghans has increased substantially.  Researchers at the FDD report that the country’s GDP has increased tenfold since around the time of the invasion.  In addition, the Taliban do not control the Country’s capital nor any of the provincial capitals.

Afghanistan’s future and the U.S.’s involvement in it is uncertain.  But according to leading researchers, the current plan from the Trump administration may be the “least-bad” option. Pulling the U.S. out completely is a poor decision, given recent history as a reminder.  Re-escalating the war and surging troop numbers is not politically viable, and its effectiveness is questionable. If the Taliban can be held at bay with a small but highly capable force, and Afghanistan continues to grow its economy, literacy, and its institutions, it may have a chance at coming out ahead and establishing a stable and prosperous future.

Other Iran Blogs and News